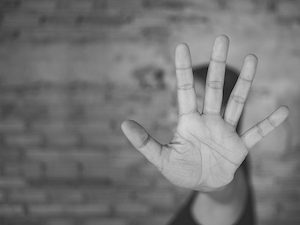 Crimes of a violent nature, such as domestic abuse and homicide, are treated very seriously by the State of California, and such charges can upend or completely ruin your life if you are convicted. The severity of penalties for domestic violence can range from a misdemeanor to a felony, and a homicide conviction may mean years or even life imprisonment.

Besides jail time and criminal penalties, there may also be civil consequences as well as terrible repercussions for your ability to move forward with your life. The criminal defense lawyers at Barhoma Law, P.C. understand California’s violent crime laws, and we can help you get through this stressful time.

Our award-winning team has the resources and skills to build a solid case on your behalf, and we’ll be by your side every step of the way. Call us at (213) 800-7664 today for a free consultation.

Why You Need a Lawyer to Handle Your Defense

Being accused of a violent crime, whether a domestic or physical abuse charge or one related to assault or murder, can be a frightening and emotionally charged experience. A good violent crimes attorney can analyze your case with an impartial eye to determine the best possible defense and to help you decide on the best path forward.

They can interview witnesses and investigate the circumstances surrounding your arrest to ensure that the police afforded you all legal rights and protections and that no exculpatory evidence is overlooked. A skilled attorney will develop a personalized strategy for your defense, finding weak points in the prosecution’s case against you in order to get the charges reduced or even dismissed altogether.

The Los Angeles criminal defense attorneys at Barhoma Law, P.C. understand California domestic violence and homicide law, and we can make sure your rights are protected. Our firm excels in tough cases defending clients against charges of assault, homicide, and other violent and serious crimes.

We have been able to secure dismissals for many of our clients, including those with illegal firearms enhancements. If you’ve already been convicted, we can build a strong case for appeal. Our firm has had a lot of success getting serious felony convictions overturned for our clients.

The California Penal Code enumerates a number of violent crimes and penalties, including the following:

Violent crimes can carry penalties that vary widely depending on the amount of harm inflicted and other circumstances of the case, such as whether the crime was committed with a deadly weapon, involved domestic violence, or was committed against a health care or emergency services worker or a law enforcement officer.

Some of the penalties for violent crimes include:

The offender’s prior convictions also significantly affect the penalties for the new offense, under California’s Three Strikes law.

If you’ve been charged with a violent crime such as domestic violence or homicide, you probably have many questions. Your attorney is the best source for advice about your particular case, but here are a few general answers that may help.

What are Some Defenses Against a Charge of Violent Crime?

Your lawyer may be able to employ several arguments in your favor if you’re charged with a violent crime. Possible defenses include:

A seasoned criminal defense attorney will be able to analyze the situation and build a solid case that includes strong justifications for your actions or reasons for your innocence.

What is the Three Strikes Law, and How will it Affect My Case?

California has a law that dramatically increases the punishment if a person convicted of a felony has serious or violent prior convictions. Prior strikes that would qualify could include robbery, rape, murder, or kidnapping. A felon with a prior strike must go to prison for at least twice the prescribed time for the new offense, and must serve at least 80 percent of the sentence imposed.

A felon with two prior strikes faces a sentence of 25 years to life in prison, and must serve at least a minimum of 25 years before being eligible for parole. Judges have some amount of leeway to dismiss a prior strike if it is old, and the defendant does not have a violent history.

What is the Purpose of a Grand Jury?

A grand jury is a group of individuals that meets to determine whether there is enough evidence to take a case to trial. Grand juries are often used for serious felonies or federal charges. They meet before the arraignment, which is normally the first step in the criminal court process. The grand jury process is not open to the defense, and the defendant’s rights are very limited.

The prosecutor must disclose any exculpatory evidence at this step, however, or the case may be dismissed. At the end of the proceeding, the grand jury will decide whether to issue an indictment, in which case charges may be brought against the defendant.

Talk to a Los Angeles Criminal Defense Attorney Right Away

If you or a loved one has been charged with a violent crime, including domestic or physical violence or homicide, contact our Los Angeles criminal defense attorney at Barhoma Law, P.C. as soon as possible. Our team of legal professionals will analyze every facet of your case to make sure that all evidence in your favor is brought to light. We will make sure your rights are protected from overzealous police and prosecutors.

Facing a serious charge of violence is a stressful and upsetting situation, but you don’t have to go through it alone. Call us at (213) 800-7664 or fill out our contact form today to schedule a free consultation to discuss your case.