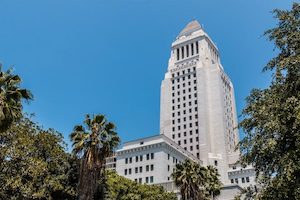 Barhoma Law provides top-notch representation in California for clients accused of crimes and those under investigation. The firm is known for its outstanding record in court and its vigorous use of legal motions to strengthen our clients’ cases.

First, Barhoma Law seeks to get the case dismissed and we are known for this. We have an incredibly high dismissal rate and dropped charges. And we are also known to have not-guilty verdicts. Having a Los Angeles criminal defense attorney with this type of record makes all the difference when you’re facing any sort of criminal prosecution.

Second, we seek to suppress illegal evidence. What most people do not know is that law enforcement must follow the law if they wish to punish you for breaking the law. What that means is that they have to follow constitutional mandates that prosecution not use evidence that was acquired through illegal action.

Third, we treat all clients with respect. Some people assume that anyone accused of a crime is guilty. But that is not true—we know it. Our clients are treated with respect and dignity.

Some of the most common types of cases we defend in the Californian courts include:

What Defines the Severity of My Criminal Case in Los Angeles?

Because of the wide array of criminal offenses that exist, sentencing and punishments vary greatly.

How harshly your case will be treated will depend on a variety of factors, including:

The above factors will help determine whether your case is treated as a misdemeanor or a felony. Additionally, if your crime is a federal crime (such as bank robbery or tax evasion), different laws will apply.

Many crimes have mandatory sentencing guidelines imposed but there are usually different degrees of severity in most types of criminal cases.

An experienced lawyer should be the first person you speak to if you are charged with any crime because we can help you navigate the complexities of the state or the federal legal system.

What are the Stages of Criminal Prosecution in Los Angeles?

There are three basic stages of criminal prosecution in Los Angeles:

Law enforcement offers will start the process of prosecution when they have “probable cause” to arrest you, according to the Fourth Amendment of the U.S. constitution. This is often based upon information they have received and normally means that they have evidence that would cause a “reasonable person” to believe that you have committed the alleged offense.

A police report will be submitted to the prosecution, who will then decide whether to charge you. If you are charged, an arraignment date is set.

The arraignment process is when the judge informs you of the charges filed against you. You are given the opportunity to plead guilty or not guilty to the charges.

If no plea bargain has been negotiated between your legal counsel and the prosecution, you would normally plead not guilty and the judge will determine whether you can be released on recognizance or if bail is to be granted.

The bail review hearing will decide the conditions of bail.

With the adjudication phase, your criminal defense lawyer will meet with the prosecution and obtain all of the relevant information gathered by law enforcement relating to your charges. There may be negotiations and plea bargaining between your defense lawyer and the prosecution or your case may proceed to trial.

If you are charged with a felony, you have the right to a preliminary hearing held before a judge or magistrate. For a misdemeanor, you must proceed straight to trial, unless there is a plea bargain.