On August 8, 2022, the California Supreme Court decided a long-awaited case that affects SB 1437 Petitions for individuals convicted of Special Circumstance Murder when they ruled in the case of People v. Christopher Strong. Specifically, the Supreme Court ruled that some special circumstance findings do not automatically preclude defendants from SB 1437 relief. 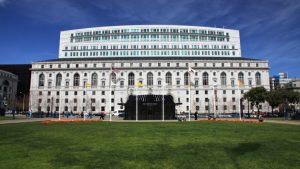 In 2019, SB 1437 was enacted, amending Penal Code § 188 and § 189 and creating Penal Code § 1170.95. Pursuant to SB 1437, accomplice liability for felony murder and murder by way of the natural and probable consequence doctrine was substantially changed, allowing individuals convicted to seek to vacate their murder convictions and obtain resentencing relief. Resentencing is available for individuals convicted of murder, attempted murder, and/or manslaughter if they demonstrate:

To determine whether an accused was a substantial actor or whether they acted with reckless indifferent to human life, courts look to the non-exhaustive factors set out in People v. Banks (2015) 61 Cal.4th 788 (Banks) and People v. Clark (2016) 63 Cal.4th 522 (Clark). These two cases list several factors (i.e., use of or knowledge of weapons, physical presence at the scene of the crime, opportunity to restraining codefendants or aid victims, knowledge of the threats that codefendants may possess, etc.) that courts use to determine whether someone meets the SB 1437 standard. As such, SB 1437 created a mechanism and a procedure for those convicted under the former law to retroactively see relief from the law, as highlighted in Pen. Code, § 1172.6; People v. Lewis (2021) 11 Cal.5th 952.

Once SB 1437, individuals started to petition the court, seeking relief. However, quickly, those convicted of “special circumstance” felony murder quickly saw some of their petitions denied or stayed due to the special circumstance addition.

Christopher Strong filed, alleging all the requirements for relief pursuant to SB 1437. However, the District Attorney’s office opposed Strong, citing that strong could not bring a petition for relief because his 2014 conviction for special circumstance felony murder established that he was either an actual killer, had directly aided and abetted murder with the intent to kill, or was a major participant in the underlying felony who acted with reckless indifference to human life. The trial court agreed and denied Strong’s SB 1437 Petition.

Once Strong appealed the case, the Appellate Court ruled against him also. However, they did note that there was a sharp split among courts whether special circumstance murder precludes SB 1437 relief. The Appellate court ultimately sided against Strong.

The Supreme Court of California weighed in on the issue, ruling in favor of Strong, ruling that “findings issued by a jury before Banks and Clark do not preclude a defendant from making out a prima facie case for relief under Senate Bill 1437. This is true even if the trial evidence would have been sufficient to support the findings under Banks and Clark.”

In other words, the Supreme Court is drawing a distinction among special circumstance felony murder cases. If the defendant was convicted before Banks and Clark, there is no automatic bar precluding defendants from seeking SB 1437 relief to vacate their conviction and get resentenced.

Winning an SB 1437 requires skill and adequate strategy from an experienced appellate attorney. Barhoma Law, P.C., as led by attorney Matthew Barhoma, are award winning criminal appeals attorneys who have succeeded at every stage of an SB 1437 Petition. An excellent lawyer makes a huge difference in your resentencing case. This is especially important when dealing with seasons prosecutors who are ambitious in their pursuit to maintain the prior conviction.

Our appeals team investigates your convictions record, trial records, any and all preliminary transcripts, and plea negotiations in determining your chances for success. We fight each phase of the SB 1437 zealously for our clients.

Consult with the leading appellate and post-conviction law firm in California by submitting a contact form or by direct call to our firm at 213-800-7664.