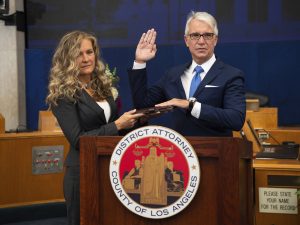 It’s a new day in L.A. Today, California inmates are eligible for resentencing in an unprecedented manner in an unprecedented procedure. Below, Attorney Matthew Barhoma, founder of Barhoma Law, P.C. outlines how previously-convicted inmates can utilize these sweeping reforms: