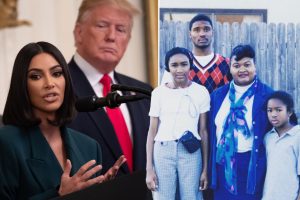 And she’s right – the jury never heard character evidence regarding Bernard, likely raising possible Ineffective Assistance of Counsel claims. Since his conviction, six jurors who ruled for the death penalty in Bernard’s case have come out with statements. Each of the jurors details they would not have ruled for a death penalty had they heard of the character evidence. Even more importantly is that the prosecutor in the case now wishes to undue the death penalty conviction in this case.

Kardashian’s efforts—successful or not—deserve applause. She has identified an issue of societal importance and used her platform as a celebrity to advocate for meaningful change.