Earlier this month, the state’s high court overturned the 2004 death sentence for Scott Peterson, for the murder of his wife, Laci Peterson. Back in 2002, Laci Peterson, seven months pregnant at the time, went missing on Christmas Eve. A few months later, her body washed ashore near Berkeley, California. A short time later, Scott Peterson was arrested and charged with capital murder. The prosecution sought the death penalty.

As is standard in capital jury trials, the trial was bifurcated into two phases. First, in the guilt phase, the jury was tasked with determining whether the prosecution proved that Peterson killed his wife beyond a reasonable doubt. After the jury found Peterson guilty, the trial moved on to the penalty phase.

At the penalty phase of a capital trial, the jury must decide if a defendant should be sentenced to death or if a sentence of life without the possibility of parole would be more appropriate. In the Peterson case, the jury recommended a death sentence, which was imposed by the trial judge on March 6, 2005. 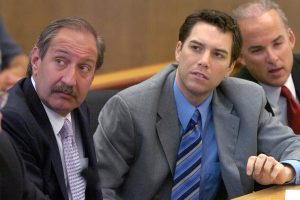 In capital cases, prospective jurors are asked whether they could, under certain circumstances, follow the law and return a verdict of death. Jurors who are categorically opposed to the death penalty must be excused from the panel if they state that they would not be able to even consider a sentence of death. At the same time, jurors who say that they would automatically impose a death sentence after a guilty verdict must also be excused.

In Peterson’s case, the California Supreme Court reversed his conviction because the trial judge failed to ask whether those jurors who were opposed to the death penalty could put those feelings aside. In the court’s opinion, the authoring Justice explained, “Jurors may not be excused merely for opposition to the death penalty, but only for views rendering them unable to fairly consider imposing that penalty in accordance with their oath. This is the meaning of the guarantee of an impartial jury.”

As a result of the court’s ruling, Peterson’s conviction for first-degree murder will stand; however, his sentence  of death was vacated. It remains up to the prosecutors to determine if a new death sentence will be sought.

Are You Facing a Lengthy Prison Sentence?

If you or someone you love is currently serving a life sentence in California, or a similarly long jail sentence, you may be entitled to relief. State and federal law provide certain guarantees that, when ignored, require a defendant to be re-sentenced. At Barhoma Law, Attorney Matthew Barhoma works with his clients and their families to come up with strategic plans to get long prison sentences reviewed and overturned through habeas corpus petitions and other California post-conviction relief tools. To learn more, call 213-800-7664 to schedule a free consultation today.