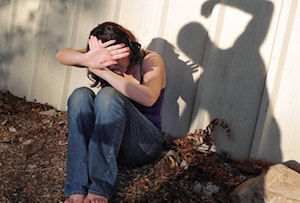 If you have been charged with an assault offense in Los Angeles, you face grave consequences that require an expert defense.

Regardless of the evidence against you, an experienced assault crimes attorney can build a case that provides the best possible chance of avoiding a criminal record and/or the most severe punishments.

What is Defined as an Assault Offense in Los Angeles?

Assault offenses are defined in Section 240 PC of the California Penal Code:

An assault is an unlawful attempt, coupled with a present ability, to commit a violent injury on the person of another.

This actually covers a broad range of crimes against the person, including (among other examples):

California treats violent crime very harshly and, depending on the circumstances, an offense may be regarded as a felony rather than a misdemeanor.

A conviction can result in jail time, probation, parole, fines, and a permanent criminal record.

Assaults against law enforcement officers or emergency personnel are treated even more severely.

If you are convicted of assault, it will be considered as a “strike” under the state’s “Three Strikes” law.  Then there are the longer-term consequences, such as the effect on employment prospects and your freedom to drive.

Assault can be “simple” or “aggravated”. Aggravated assault is a more serious form than simple assault.

Circumstances that class an assault offense as “aggravated” in California include:

Note also that while “assault and battery” are often treated as the same thing, they are different offenses.

What is the Difference Between Assault in Criminal Court vs Civil Court?

If you have been accused of assault, you may face a criminal charge and a civil court case. If the alleged victim files a complaint at a police station in Los Angeles, the officers are duty-bound to investigate. If there is enough evidence against you, charges can be pressed regardless of whether the alleged victim withdraws their complaint.

You will then need to contact a lawyer to defend yourself against the charges and it may go to trial in front of a judge and jury.

Separately from this, the alleged victim may decide to file a civil lawsuit against you. With civil court action, a personal injury lawyer may be hired by the alleged victim to seek compensation for the harm inflicted (both emotional and physical).

In civil court, the outcome centers around whether a payment is due to the alleged victim rather than whether you should go to jail.

Assault and Acting in Self-Defense

Many people are wrongly charged with an assault offence in Los Angeles.

Part of the reason for this is that it is not even necessary to cause harm to another person to be charged with assault. Another reason is that people must often act in self-defense. You need to work with your lawyer on proving your innocence and self-defense is often one of the most compelling arguments.

However, it is not simple to demonstrate. You will need to show that:

The criminal defense lawyers at Barhoma Law can help you evaluate whether you have a legitimate claim for self-defense.

Some people are confused by self-defense and provocation.

The two are often linked in that physical provocation from the alleged victim (such as pushing or prodding you) may result in you having to take evasive action (e.g. pushing them back). However, there are other cases where people are provoked into assaulting another person without good cause.

If someone says “What are you going to do, hit me?” and you hit them, it could be argued that you were provoked.

However, you would not be able to use this as a legitimate defense, though it may be used to mitigate the penalties against you.

Try not to stress if you have been charged with an assault offense. With expert legal representation, you have a chance of escaping a criminal record or at least mitigating the consequences.

Often, we are able to persuade District Attorneys to drop charges so that a case is dismissed – even with serious assault charges.

If that is not possible, we will defend you aggressively in court, as we have done for many people accused of assault offenses in Los Angeles.

We understand the best defenses available to you and how to navigate the local court system.

Start with an initial consultation so that we can evaluate your case and guide you on the steps forward.